And five makes me an Ace... 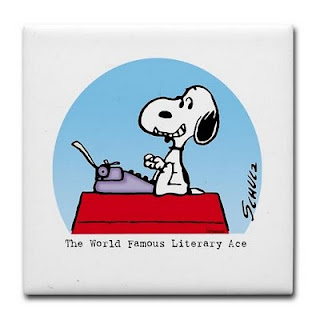 This just in: Beyond Fingersticks is a Finalist in the 2011 New Mexico Book Awards. That's the fifth award for the title. Winners announced in November at a swank banquet... stay tuned.

BTW, this means Fingersticks just out ranked The Born-Again Diabetic in award count, which is ironic, because to be honest, I don't think Fingersticks is my best work...

My son the anarchist

I shouldn’t have been surprised. He comes from a long line of troublemakers and rabble-rousers. In fact, when Rio was about three years old, he was engaging in some sort of creative destruction when my mother, after watching the chaos for a few minutes, sighed and said, “Well, what else should we expect? After all, his ancestors were Vikings and Conquistadores.”

But Rio is generally a pretty mild-mannered kid.

He’s now in the third grade. And not too happy about it, either. Rio doesn’t exactly hate school, but I think it would be safe to say he despises it, abhors it, loathes it, detests it, and generally finds it nauseating. But even worse than school is homework.

Now, I know what you’re thinking, What the fuck are they thinking giving homework to kids so young? Well they aren’t thinking at all. No child left behind removed thinking from American schools and classrooms, but that’s a topic for another day. Homework is a sad reality of modern third grade life.

Last year, before Deb was canned, it wasn’t uncommon for us to all be getting off the road from our various commutes a bit after seven in the evening. Then we had to make dinner, eat dinner, catch up on news. Like, oh, by the way, I got fired today. Homework half an hour before bedtime just wasn’t realistic. What? Oh. No. Not Rio’s bedtime, he doesn’t really have one. I was talking about MY bedtime.

Anyway, a significant excuse for poor parenting now removed, we are trying to take homework a little more seriously around here this year.

Most days my creativity is at low ebb at the end of the day, but sometimes we actually have fun with the homework. The other night Rio’s vocabularly words were: ledge, shear, valley, boulder, scout, and a few others I’ve forgotten by now. But I was able to spin them altogether into a yarn that involved Rio and I shimmying around the edge of a ledge above a sheer drop into boiling lava because he didn’t frickin’ scout the way in advance very well and… (of course we are acting this out around the premier of the kitchen).

But I’ve digressed from my story. On Monday, when I was home recovering from my adventures at the Stanford and Diabetes Mine Innovation Summits, he came bounding in the house after school, “Great news,” he announced “the copier is broken so there’s no homework.”

I looked him up and down and asked him if he was involved in sabotaging the copy machine. He crossed his arms across his chest, stared at me sternly, and emphatically announced, “I did not sabotage the copy machine. I don’t even know where they keep it.”

Tuesday the copy machine was working again and we did home work at the kitchen table, trying to multitask it with getting dinner prepared.

Wednesday, when I pulled up outside the house after my commute home from the clinic, Rio came bursting out of the house to tell me the good news that the copy machine was out of order again. Because his reaction was so funny on Monday, I asked him again: Was he was involved in the copy machine’s misfortunes? And again he denied any involvement. For the hell of it, I asked him, Well, would you sabotage the copy machine, if you knew where it was?

“Probably so,” was his frank reply.

But after some more reflection, he added that he really wasn’t entirely sure about how to go about sabotaging a copy machine in the first place, even if he knew where it was.

Shortly after dinner last night Rio announced a solution to the dilemma. “I’ve been thinking,” he told me, “I could probably just whack the copy machine with a mallet.”

It’s now late afternoon, and Rio and his mother just got home from school two minutes ago. I stuck my head out of the library where I’ve been working on this post. No back pack. He doesn’t have homework today.

I can just hear the call from the principal now…