Rudderless in the current

My iPod alarm goes off, playing the funky Xylophone beat that greets me every morning. Of course, it’s not morning. In point of fact, it’s three in the afternoon.

Has another hour past? I guess so. I silence the alarm with the swipe of my thumb. It’s time to test my blood sugar. Again. 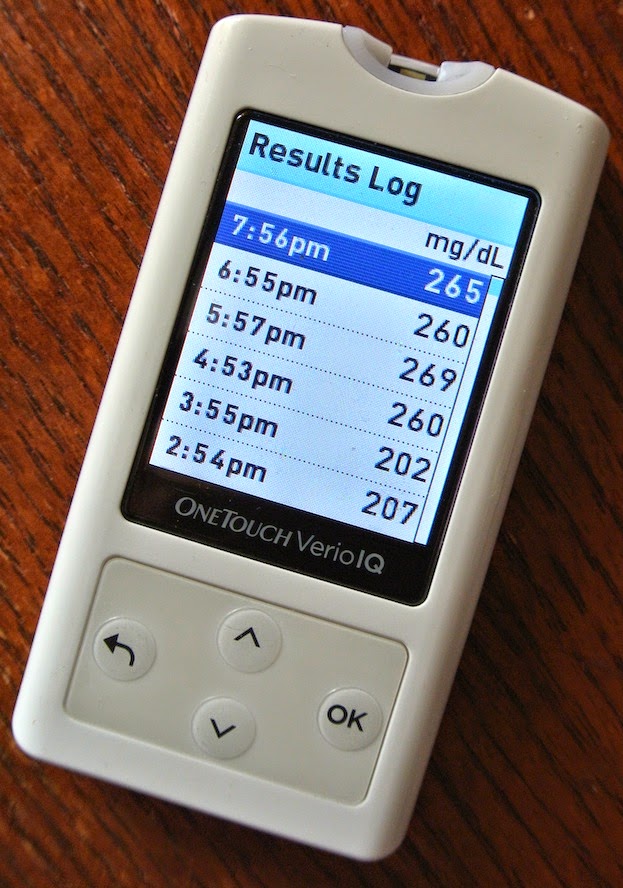 I’m testing my blood sugar on the hour, every hour, during the day; and every two hours all night long. Have I lost my mind? No. I’ve lost my CGM and now I’m doing my best not to lose my life as well. 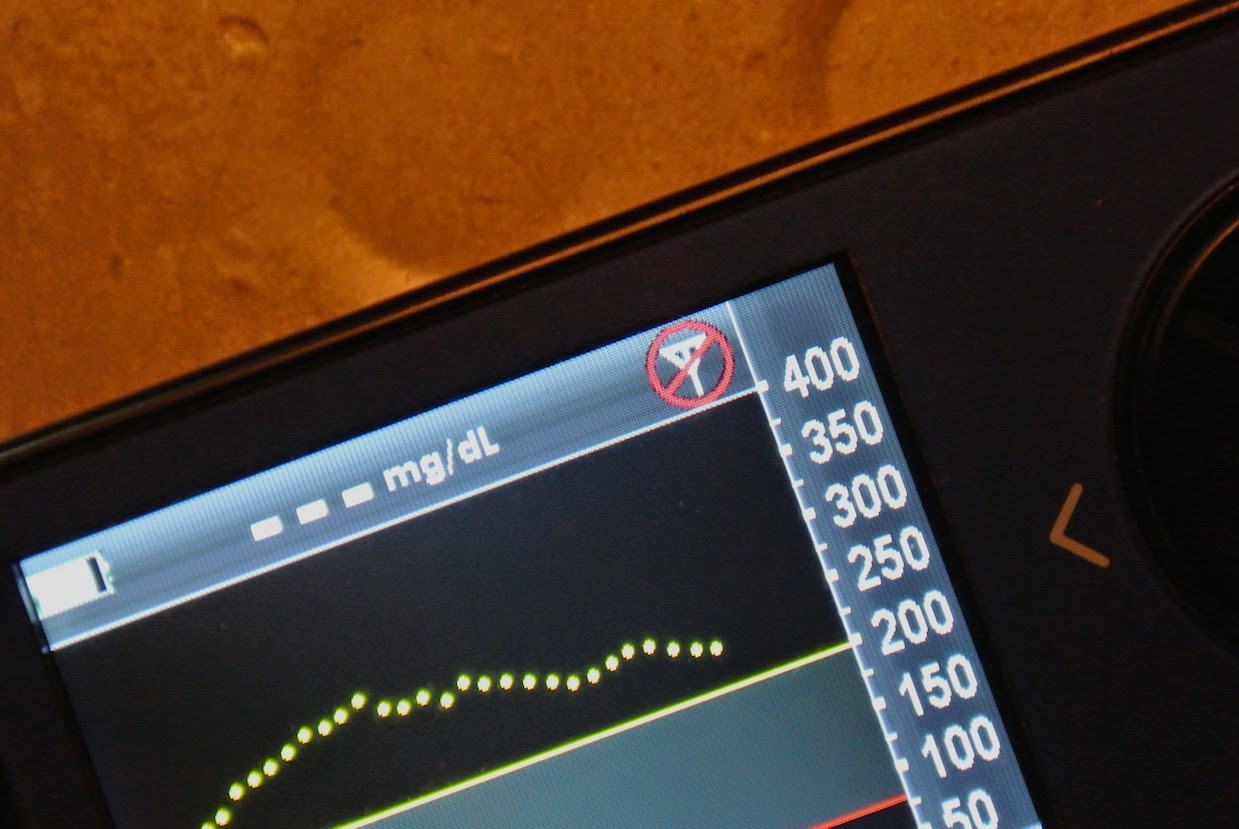 Since my CGM went offline not quite two days ago, I’ve done 34 fingersticks. By the time I get this written, edited, and posted, the teststrip body count will be higher. Do my fingers ache? Sure, but not as much as my heart does. Of course, this won’t be forever. This is emergency medicine. My salvation is coming in a FedEx truck, but it’s not coming from Dexcom, it’s coming from the kindness of a fellow patient. Is Dexcom sending anything to help? Oh, yes. More about that later, but their idea of help is perverted, to say the least.

I’m sure a lot of folks who read this will think I’m over-reacting, or being paranoid. I think not. There are some facts to consider. First, I’m as brittle as hell. My diabetes has temper tantrums that make the world’s most spoiled brat look well behaved. Despite what I think to be a better-than average understanding of all things diabetes, my quest for control is a struggle—to say the least. Mystery spikes plague me. The smallest of doses of insulin sometimes trigger epic crashes. And to top it off I don’t feel my lows. At all. I have total hypo unawareness and thus, total CGM dependence. Without this gear, it is unlikely I would be alive today to write this.

As many of you know, I was the 30th person in the USA to get CGM, and I’ve had it virtually uninterrupted since that time. Over the years I’ve become increasingly dependent on it, and have built my treatment routine around it. Brittle folks like me have unexpected responses to identical stimuli. What works one day doesn’t work the next. One day a given correction for, say a blood sugar of 250, will drive me low. The next day it has no effect at all. On a third day that same insulin acts like sugar-water and my BGL soars upwards.

I’ve learned that no amount of prior planning can help me, but that I can live in the moment with near-continuous constant adjustments. As I drift up, I layer on the insulin. As I drift downwards I slowly increase the carbs. My control is never perfect this way, but it rarely suffers extremes, either.

But without CGM, my ship is completely rudderless. Not only can’t I control my blood sugar, but because I am 100% hypo unaware, without the CGM I no longer feel safe. You can’t test often enough to detect a sudden drop you are incapable of feeling. Driving could kill me, or worse, kill someone else. Hell, sitting in my living room watching TV could kill me, too. Frightening is not a strong enough word. Terrifying is not a strong enough word. We don’t have a word strong enough. It is a flavor of fear like a dull ache that never diminishes.

I’m too damn tired from lack of sleep to take you through the whole infuriating story; let’s just say that I’m the victim of a combination of corporate greed and corporate incompetence. I did everything right, but still got screwed, and what makes me maddest is the fact that every frickin’ time I’ve talked to Dexcom they tell me a different story. They have the best product, so I guess they feel they don’t need good service. I disagree. I say they have an obligation that borders on holy. I don’t begrudge them their profits, but I sure as hell begrudge them their carless attitude with our lives. 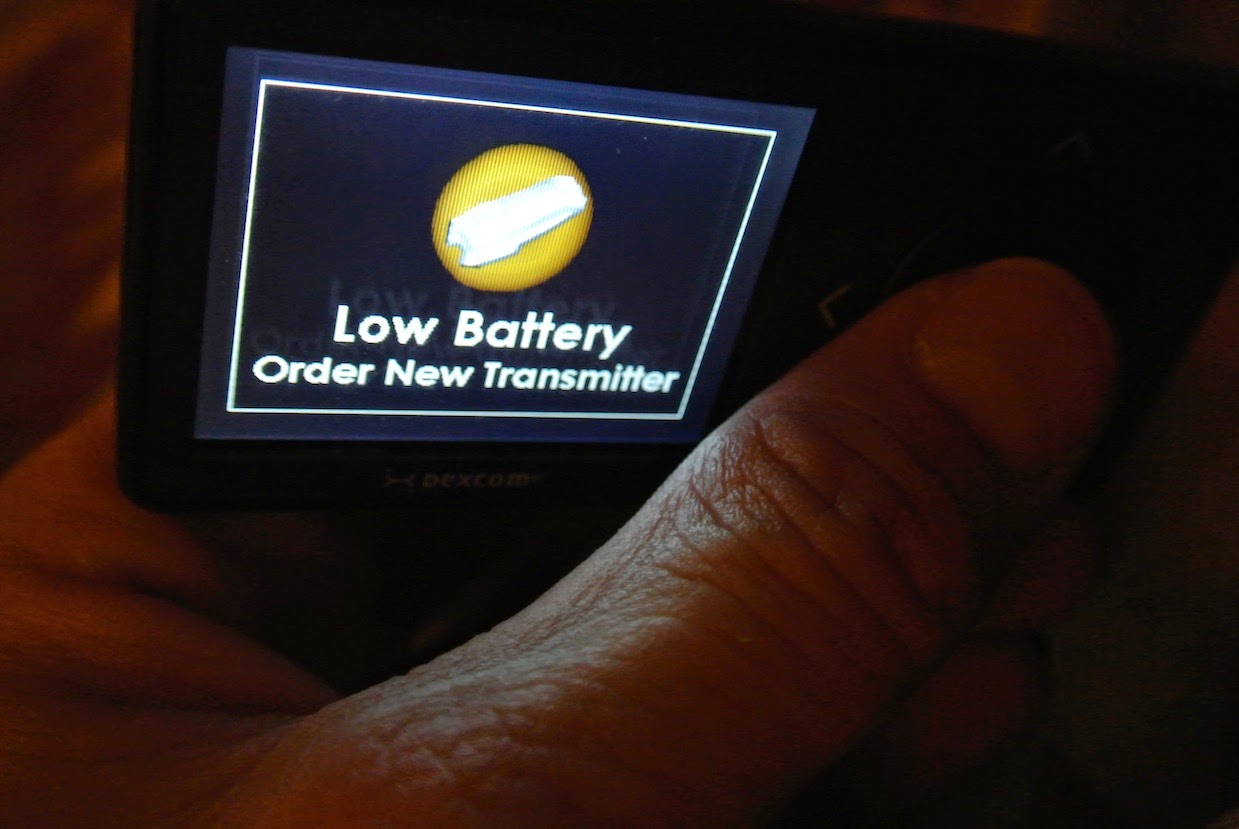 And they just don’t get it, any of it. On my last call to Dexcom—in the middle of the night on Friday—the tech support people were powerless to help me with the transmitter. They advised me that customer service people, apparently the only ones who “might” be able to send me a loaner transmitter to make up for their paperwork mistakes that are delaying an insurance-covered replacement, work on Saturday mornings, and to call back then. (It turns out the customer service side don’t work Saturday. I had to leave them a nasty voice mail telling them to up-the-fuck-date their website and let the people on the other end of the building know what their working hours really are). Oh, but meanwhile the tech folks will be happy to replace the sensor I was wearing when the transmitter died. They are sending it overnight by FedEx.

A sensor without a transmitter is about as useful as film without a camera, a battery without a flashlight, ink without a quill.

To me, a sensor without a transmitter is insulin without a syringe.

Tonight without CGM for the first time since 2005 thanks to piss-poor customer service from Dexcom and a greedy insurance company. Insurance refused to replace until transmitter low bat "warning" on Dex G4. Warning only gave 39 hours before total transmitter failure, not one week. Dex dropped the ball and did not submit paperwork for a full day. Now weekend. Both Dex and Insurance closed until Monday. Might as well be an eternity with total hypo unawareness. Hell of a reward for spending the last decade in low-paying diabetes eduction--can't even afford what I need to stay alive...